Rugby in Ireland is riding a crest of a wave right now and Ireland Womens Rugby is no different.

Interest nationally is growing exponentially and the sport is attracting more and more players, and media interest, as the weeks go by.

In this blog we’re going to talk all things regarding Ireland Womens Rugby, be it signing up to play to the first time, the current national team, along with some top tips from some current stars.

Fortunately we’ve got Connacht Women’s Rugby stars Ursula Sammon, Nicole Fowley and Megan Walsh to talk us through how they started their careers.

They’ve also shared their tips on getting started in women’s rugby. 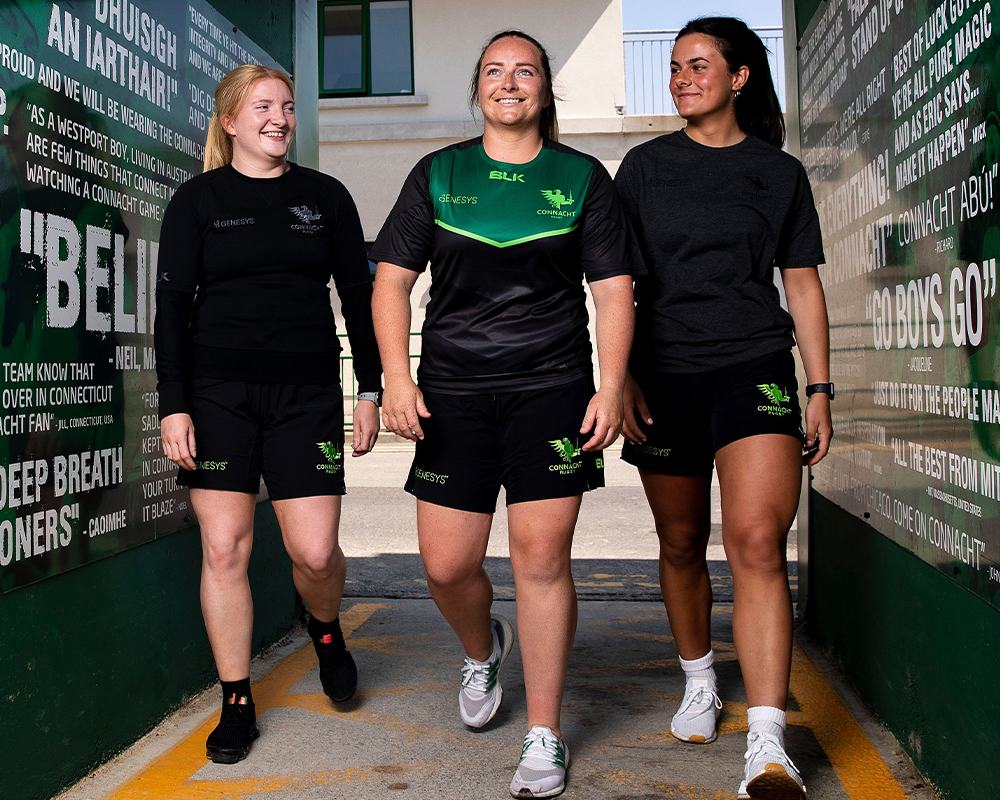 If you’re already a rugby player, you might enjoy our kicking tutorial by Connacht Rugby star Jack Carty.

How do I join an Irish Womens Rugby Team?

The first step, whether you’re an adult or a child looking to join a rugby club, is to hunt for one in your area.

A lot of major towns will have a rugby club, and if you’re not sure where to start, check the following link about finding your local club.

Many rugby clubs also hold trial days where you go along, meet the coaches, and decide whether rugby is the sport for you.

Others will invite you to attend a training session to meet the coaches and players before deciding whether or not you want to join for the season. From there, you can begin by training with the team on a weekly basis, learning the rules and key skills, and then putting them into practice in a game when you and your coaches believe you are ready.

Rugby clubs all across the world welcome anyone who wants to play, coach, support, or volunteer and Ireland Womens Rugby is no different.

And don’t worry if you don’t fully understand the game, check out our Ultimate Guide to Explaining Rugby Positions.

Our Journey with Connacht Womens Rugby

“I got involved in playing rugby through school. Other girls were trying to get us down to the pitch to get a team going. 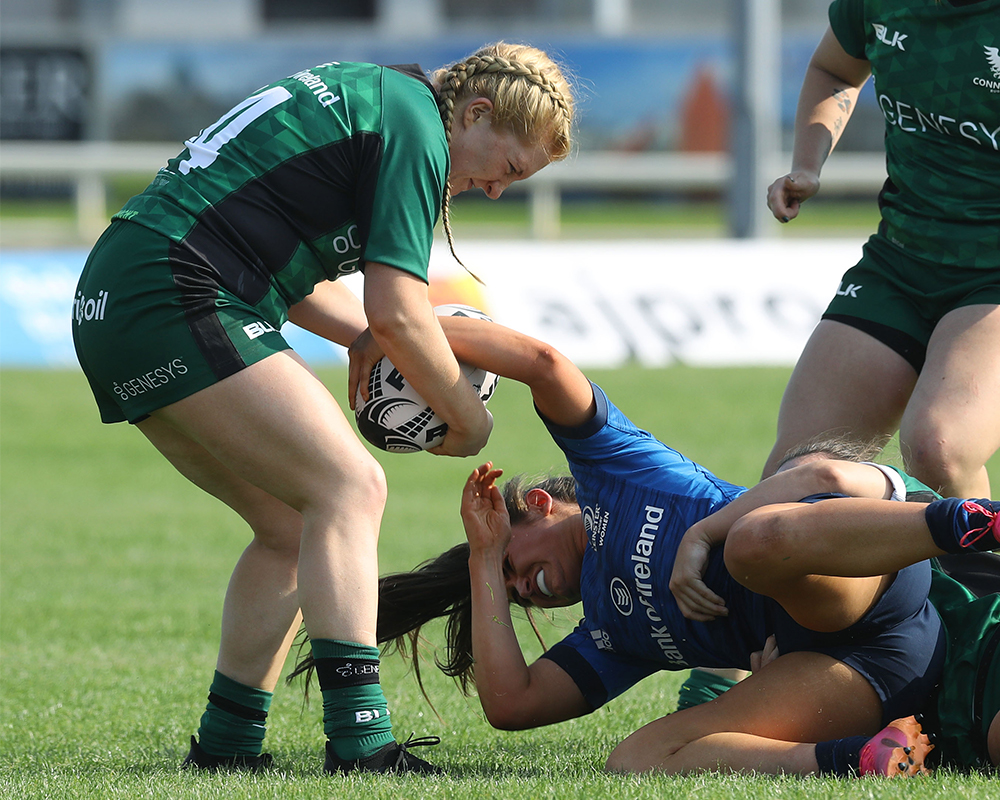 “I was only 17 at the time and playing other sports so I decided to give it a go and haven’t looked back since. I really enjoy the physical side of it and I love every minute of playing.

“Rugby was popular in my school and it was encouraged to play so it made it a lot easier, but I have to say when I got the call up to the Connacht team, it really was a highlight for my career.”

“I was introduced to the game at a later stage when I was about 19 years-old.

“I started playing tag rugby at my local club, Sligo, and they then set up a senior womens team and that’s where I got my first involvement before moving to Galwegians and Connacht. 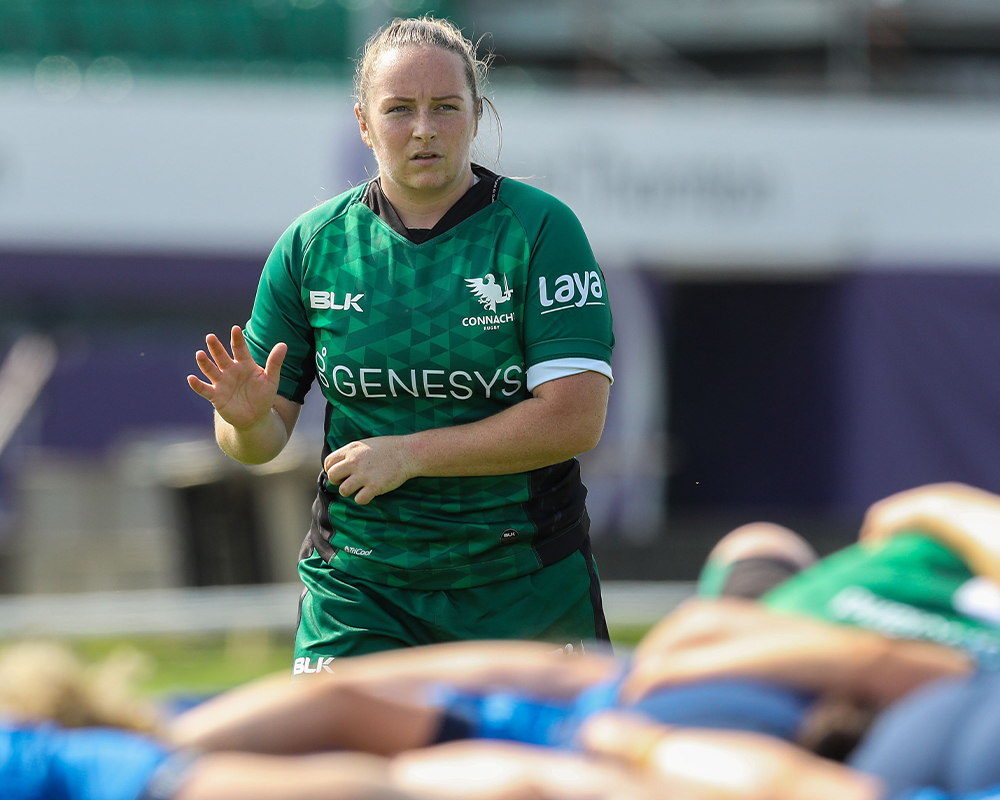 “I also played a lot of other sports, Gaelic, soccer, and only for my friend dragged me along to a training session, I might not be here, but I’ve loved it every since that day.”

“My Dad was a big rugby man all his life and I started through him after he brought me along to training one day.

“From then on I was hooked. I started my career with my local club Connemara and then when I moved in to the City started playing with Galwegians, before getting to represent Connacht, which I love.”

Top Tips on Getting Started in Womens Rugby

“I would encourage all girls to get involved in rugby, no matter your age.

“I was encouraged by another girl to start the game and without her, I don’t think I would be where I am today. So encourage all girls to join, even if it’s only tag rugby at first.

“Tag is a great way of seeing if you enjoy the sport and then if we want to go into contact – do. It’s not as scary as you think it is.”

“My advice for anyone who is considering starting rugby, be it parents and their kids, teenagers or adults, just jump into training and see how you get on.

“It can seem scary from the outside looking in but when you are there, with your teammates and in that environment, it is one of the best places you can be.

“The camaraderie of a team, with everyone working towards the same goal and having fun on the pitch, is something I would definitely recommend. So take the leap.”

“One of the best things about playing rugby is just meeting new people and making new friends. 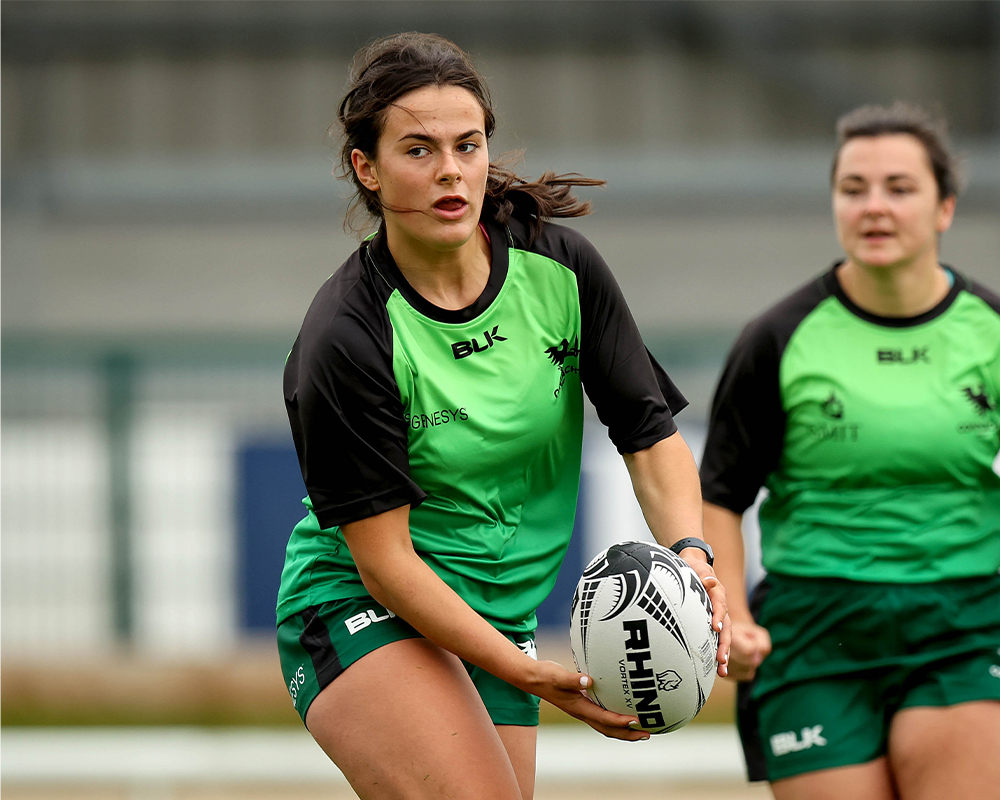 “It can be terrifying coming into a new team or joining a new club, but from my experience, all the girls have been nothing but lovely and really welcoming.

“You build great relationships, experience new things, which will help you go on and do so much more in the long run. I’m so glad I picked up the rugby ball for the first time and have no regrets about it.”

Ireland won the Women’s Six Nations Championships in 2013 and 2015. They also won the Triple Crown and the Grand Slam in 2013. After defeating New Zealand in the pool stages, they finished fourth in the 2014 Women’s Rugby World Cup.

The 2017 Women’s Rugby World Cup was held in Ireland and proved a massive success, getting national tv coverage and set a number of attendance records for the Women’s World Cup, with New Zealand coming out on top.

So, as Ursula, Nicole and Megan said, why not take the leap into the world of rugby and see how it goes?

They’ve said it was the best decision they ever made, and it might be the same for you.

And remember, Intersport Elverys, Official Retail Sports Partner of the IRFU, is here to make that journey much easier for you with all the best products from the leading rugby brands, right HERE