Throughout our history, there has been some very famous Irish rugby players.

Irish rugby has long punched well above its weight in terms of the talent it has produced and now we’re taken on the difficult task of picking our most famous and best players.

If you’re new to rugby, our Ultimate Guide to Rugby Positions Blog might help.

As Official Retail Sports Partners of the IRFU, we know it’s not going to be a easy and we’d also like to apologise to anyone we’ve left out or who you think should be included.

It’s a game of opinions after all!

So here we go, and in no particular order.

We’re starting off with the easiest inclusion in our list.

Dricco’ is widely regarded as the best rugby player Ireland has ever produced and some will also argue as the greatest to play the sport. 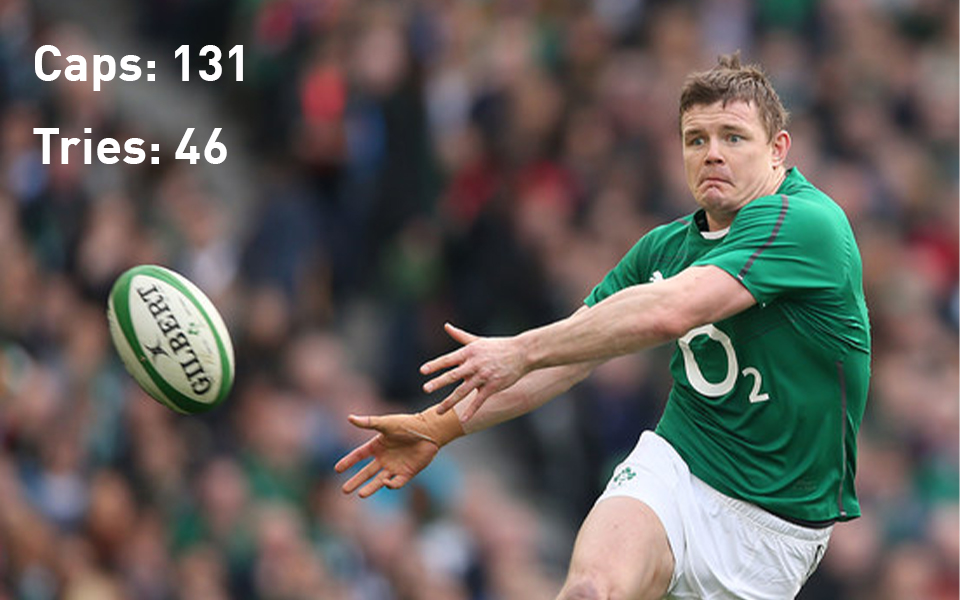 The centre was a prolific try-scorer with a record of 46 for Ireland, while he also boasts the record appearances of 133 Tests, 83 as captain.

The Leinster club man had pace, strength, leadership, agility, leadership and flair – the complete player who somehow, was never awarded the World Player of the Year despite 3 nominations.

Tries: 8 (all with Ireland)

A fans favourite and the leader of the pack through an illustrious career.

The second row was a colossus, revered across the world for his leadership, heart and talent. 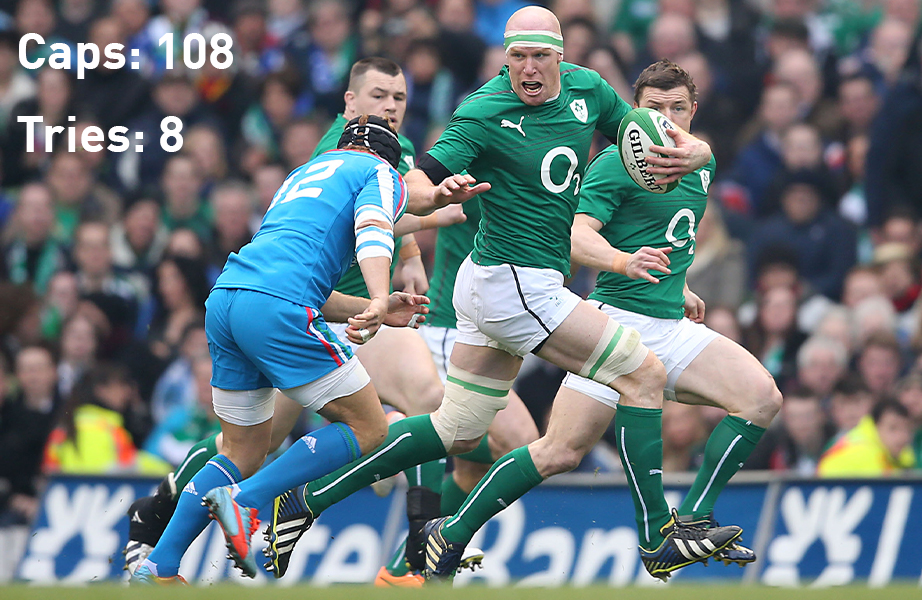 The Munster man finished with 108 Ireland caps, hampered somewhat by injuries. He also lined out for the Lions on three tours, captaining the in 2009.

Post Brian O’Driscoll, O’Connell captained Ireland 28 times, leading his country to the 2014 and 2015 Six Nations. In total, he finished with 3 Six Nations, one Grand Slam, 4 Triple Crowns and 2 European Cups.

A forward by name, but Keith Wood was totally and utterly unique in what he could do.

World Rugby Player of the Year in 2001, the Munster man was highly mobile and possessed pace, agility, a kicking game, excellent hands along with a insatiable desire for work. 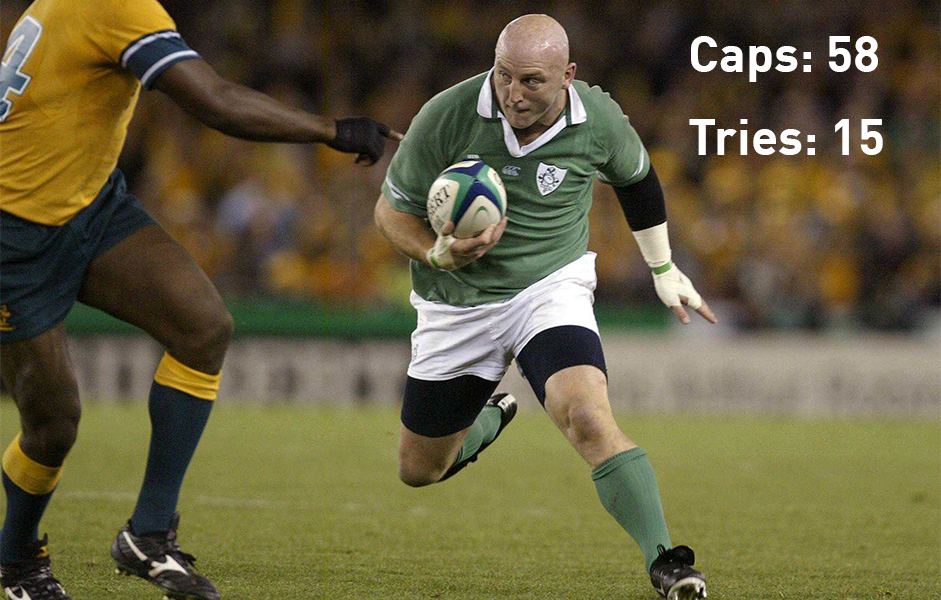 Playing 58 times for Ireland, 36 as captain, Wood represented the British and Irish Lions on the 1997 and 2001 tours and helped Munster reach their first ever European Cup Final in 2000.

Hampered by injuries, he held the record for test tries by a hooker (15) until very recently.

In terms of a British and Irish Lions tour legend, Willie John McBride is undisputed in the record books.

Picking up 63 caps for Ireland and captaining them to the 1974 Five Nations, McBride helped the Lions to their only tour victory over New Zealand in 1971. In 1974, he captained the Lions on what is considered their most successful tour ever in South Africa, where they won 21 matches on the bounce and were dubbed the ‘Invincibles’. 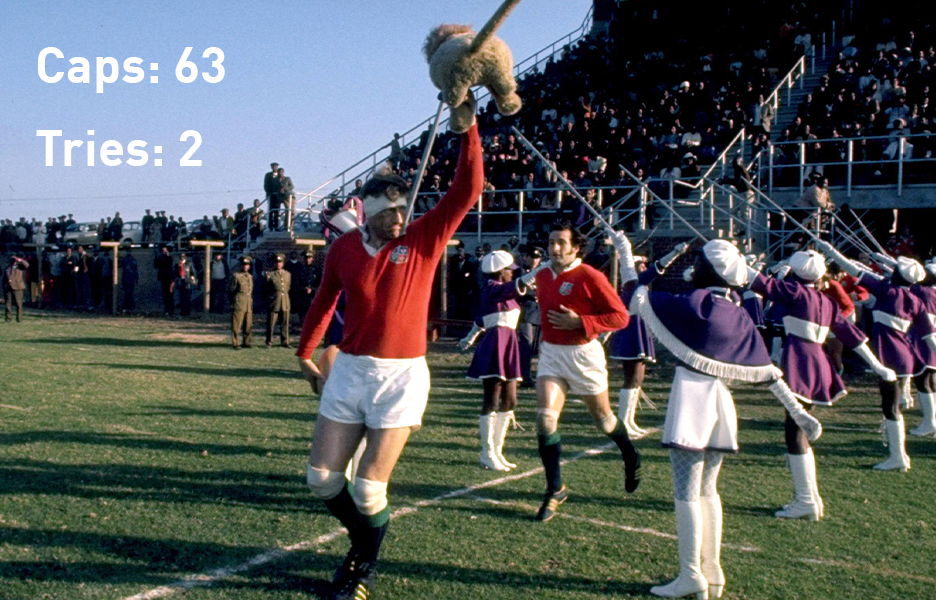 They were amongst five of his tours with the Lions!

He registered 11 caps as Ireland captain and had famous wins over South Africa and Australia in their own backyard.

O’Gara is second only to O’Driscoll as the most-capped Ireland player in history with an incredible 128 caps and an even more incredible 1083 points scored.

The fly-half was one of the most consistent and professional kickers in the world game and a central figure for Ireland and Munster for over ten years. 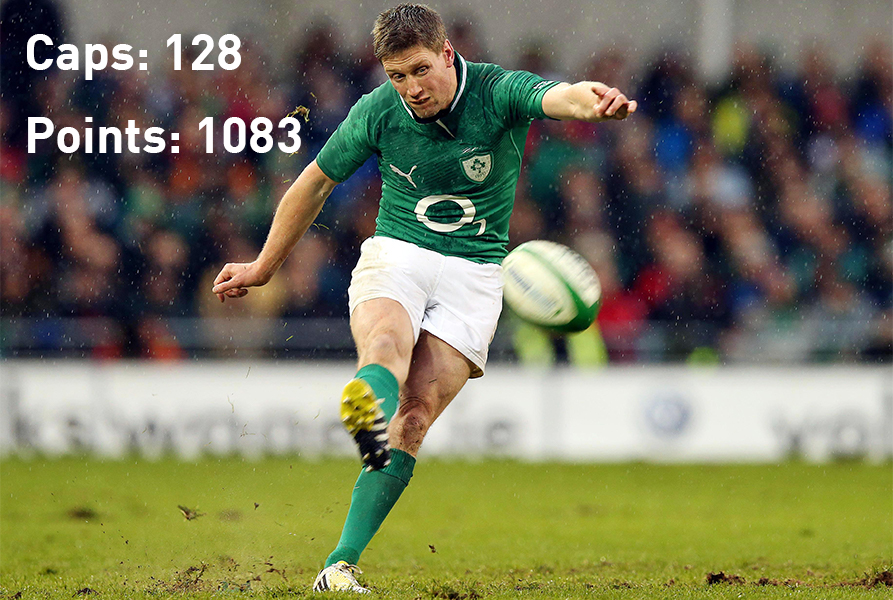 O’Gara toured with the Lions in 2001, 2005 and 2009, but perhaps his most famous day out was winning the winning drop goal in Cardiff to help seal Ireland’s first Grand Slam in 61 years.

Caps: Over 100 and counting

The evergreen Sexton is the only player in this list still plying his trade and no list of great players could be completed without him.

The once understudy to O’Gara, since Sexton broke onto the since in the late noughties he hasn’t looked back. In 2010 he surpassed O’Gara in the starting team and developed into a ferocious leader. 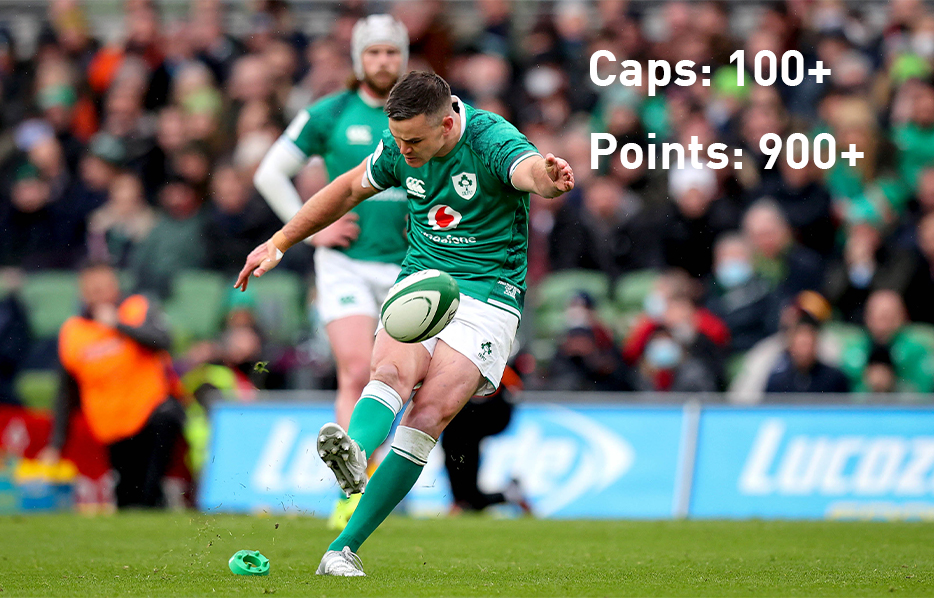 One of the world’s best over the past decade, Sexton was awarded the World Rugby Player of the Year in 2018 after being instrumental in helping Ireland reach number one in the world and be named World Rugby Team of the Year.

We couldn’t finish this list without mentioning a number of players who could easily have been picked.

We can’t wait to hear your suggestions either, so let us know.

Intersport Elverys is proud to be Official Retail Partners with the IRFU and also Connacht Rugby.