The 27 year-old Wexford native began her career battling with the local boys and girls down at her home club, before going on to play professional soccer in England and representing her country.

We recently caught up with her at the launch of the Intersport Elverys FAI Summer Camps, where she spoke of her love for the camps, breaking the mould of a then male-orientated sport, battling injury and her love of sport.

“Playing in the FAI Summer Camps was always fun and for me it was a case that my friends were doing it, so I wanted to. Me, my twin brother and our younger brother were asking our Mom for a while if we could go and she eventually agreed.

I’m from Wexford Town, so the FAI Summer Camps were mainly at North End United, which was my local team and that’s where all the townies went. 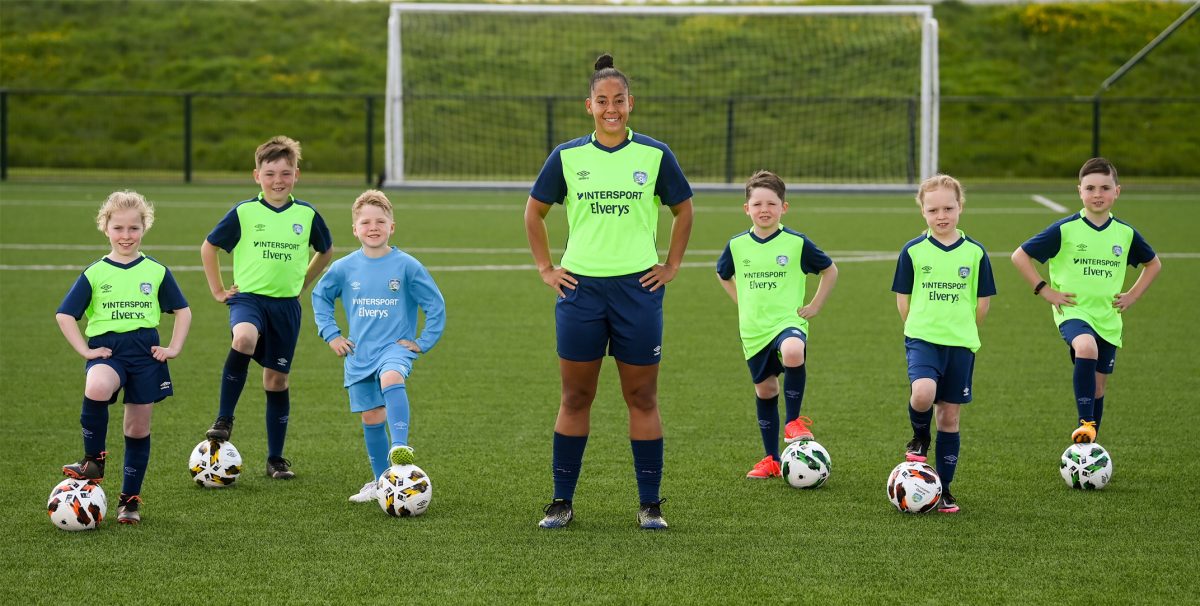 So all the boys from the street were there, and a few girls but not too many, but it was something I really enjoyed – doing the drills, the fun games and then there were little prizes at the end of the week. It was great fun.

North End United is a family orientated club, and a lot of my family are involved in it, so that’s how I got involved. My twin brother, Jordan, started playing a week before I did and I was jealous, like all twins are when one is doing something are you are not. When I first asked my mom, she said ‘No Honey, football isn’t for girls’. But by the time the next session came around a week later, I had annoyed her so much that she brought me along

She didn’t think for a second that I would stick with it, but I did.

Playing against the boys at the FAI Summer Camps

“I never knew anything different because there were no girls team at the time and my cousin, Saoirse and I played on the boys team in our age groups, so it was all I ever knew. From the days of playing on the streets with the boys, they never took it easy on me. They were flying in with tackles like I was one of them, not holding back if I gave a bad pass, I was scoring goals and we were all having fun.

That thought me a lot about football when I was younger, especially as you got older, because the boys were bigger, stronger and faster, so you have to learn to stand up for yourself.

Everything was a competition at the FAI Summer Camps – who scored the most, who passed the best, who was fastest – I think kids are like that anyway. It’s health competition. We had our fun, our laughs and some tears too, but it was so much fun looking back now. 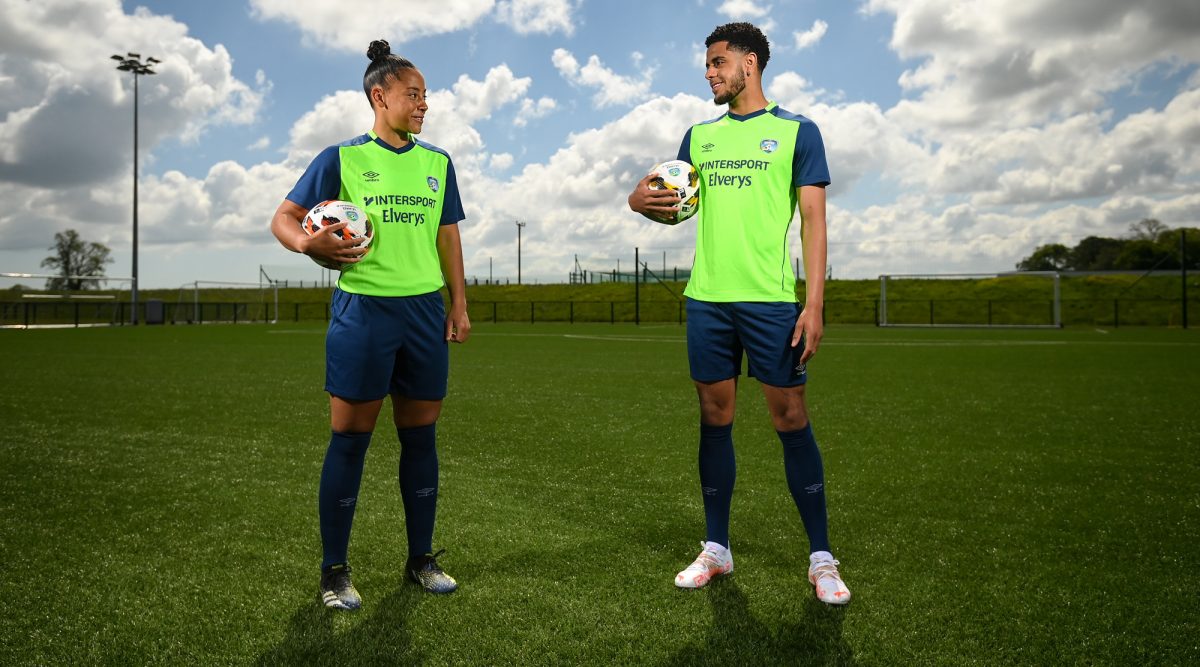 From the FAI Summer Camps to representing Republic of Ireland

“Going from playing on the streets in Wexford, to the FAI Summer Camps and then to playing for the Republic of Ireland was a dream come through.

I was 14 or 15 years-old when I first got the call up to the U-17s, so it was a surprise to me. Going through the U-17 and U-19 set up and then representing Ireland at senior level, scoring my first international goal is something I will forever be proud of.
My Nanny, my aunties and uncles on my Mom’s side, they’re all Irish, so it’s great to be able to represent them, but also to carry my Dad’s name on the back of my jersey is amazing. As was signing my first professional contract with Brighton and Hove Albion just over a year ago, it was a dream come true.

That’s something I dreamed about when I was younger. Boys will always tell you they want to play professional football, but it was a thing with girls when I was growing up because there wasn’t money in the game.

But now, to see so many Irish playing abroad, it’s fantastic to see.

“I tore my ACL three times and spent long periods on the side line. From around the age of 18 to 21 or 22, I probably spent most of my time there and it was very difficult watching my friends play.

I remember talking to my strength and conditioning coach Dan Horan, and he asked me what I wanted to get from this. I had a little breakdown at first and I wasn’t sure if I wanted to get back playing properly at all, that I just wanted to be able to go for a kick about with my brother and friends again.

But after a few weeks he asked me the question again and this time I said I wanted to get back playing competitively. After that I never missed a training session or a match, and once you start enjoying that again, being pushed on by your teammates, it got easier.

Standing here looking back on the injuries, they made me who I am. The advice I would give to any young boys or girls who are going through the same I did, is to listen to your coaches, work hard and don’t ley anyone tell you you can’t do something.

Being an Intersport Elverys ambassador

It’s absolutely brilliant for me to have an Irish brand like Intersport Elverys support me on my journey – they’re fantastic. They’ve been synonymous with Ireland for many years now, their brand is continuously growing and supporting athletes like me, so to be involved with them is something I am really appreciative of.”

Bookings for the 2021 programme will go live from June 3rd. For more information and to be in with a chance to win a place on the INTERSPORT Elverys FAI Summer Soccer Schools, please visit www.summersoccerschools.ie and www.elverys.ie.