Retro GAA Jerseys: A look back in time

Nothing beats seeing some classic retro GAA jerseys to provoke those emotions deep inside of you of those great days that piece of cloth represents.

There’s no doubt about it, donning a classic GAA jersey from your county will make you stand out from the crowd, whether you’re in the Hogan Stand in Croke Park, MacHale Park, Páirc uí Chaoimh, Semple Stadium or Gaelic Park in New York City.

Unfortunately, getting your hands on vintage GAA jerseys was once as difficult as predicting the lotto numbers.

So, to celebrate the release of the new Retro GAA Jerseys range at Intersport Elverys, we’re looking back on some of the most iconic moments of which each of the jerseys represent.

We’ll have memorable moments, and some not so memorable, from Mayo GAA, Dublin GAA, Galway GAA, Clare GAA, Tipperary GAA and Cork GAA.

Before you start, you also might enjoy our Top National League Moments Blog.

Sit back, relax and enjoy a trip down memory lane.

A young John O’Mahoney was at the helm for the Green and Red and oversaw an unexpected victory over Tyrone in the All-Ireland semi-final.

A game made famous by that iconic photo of the great Willie Joe Padden, looking bloodied but unbowed with a bandage strapped around his head, when he produced one of his best ever displays.

Who can forget it? 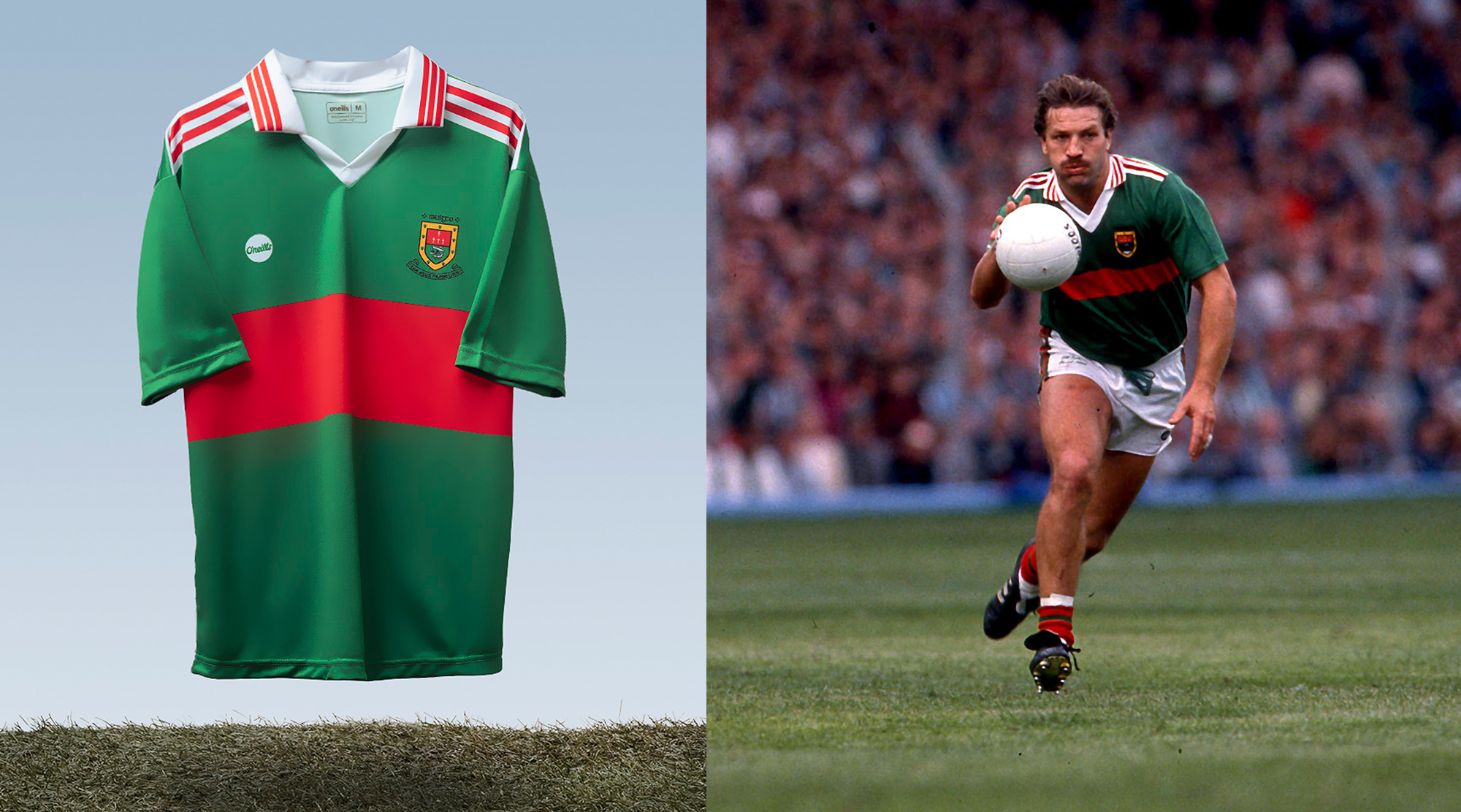 Mayo were back in the showpiece event in the GAA calendar and every man, woman and child made the trip to the capital to see the likes of Liam McHale, TJ Kilgallon, WJ Padden, Jimmy Burke, Dermot Flanagan and Kevin McStay strut their stuff on the sacred Croke Park turf.

And when substitute Anthony Finnerty struck the net four minutes into the second half to put Mayo ahead for the first time in the game, the 65,000 people packed into Croke Park were rocking.

The Mayo faithful dared to dream.

When Finnerty lined up a kick for what looked a certain goal soon after, the writing looked on the wall.

However, Mayo dreams were short lived as the experienced Cork side, driven on by Larry Tompkins, Teddy McCarthy and Co, kicked their way to the Sam Maguire and Mayo were left pondering the ‘what ifs’.

It would be the start of a storied journey in Mayo GAA history.

AN incredible 31,000 plus supporters crammed into every nook and cranny of Tuam Stadium for this blockbuster showdown between the reigning All-Ireland champions, Galway, and their old-rivals Mayo in 1999.

They weren’t left disappointed either. 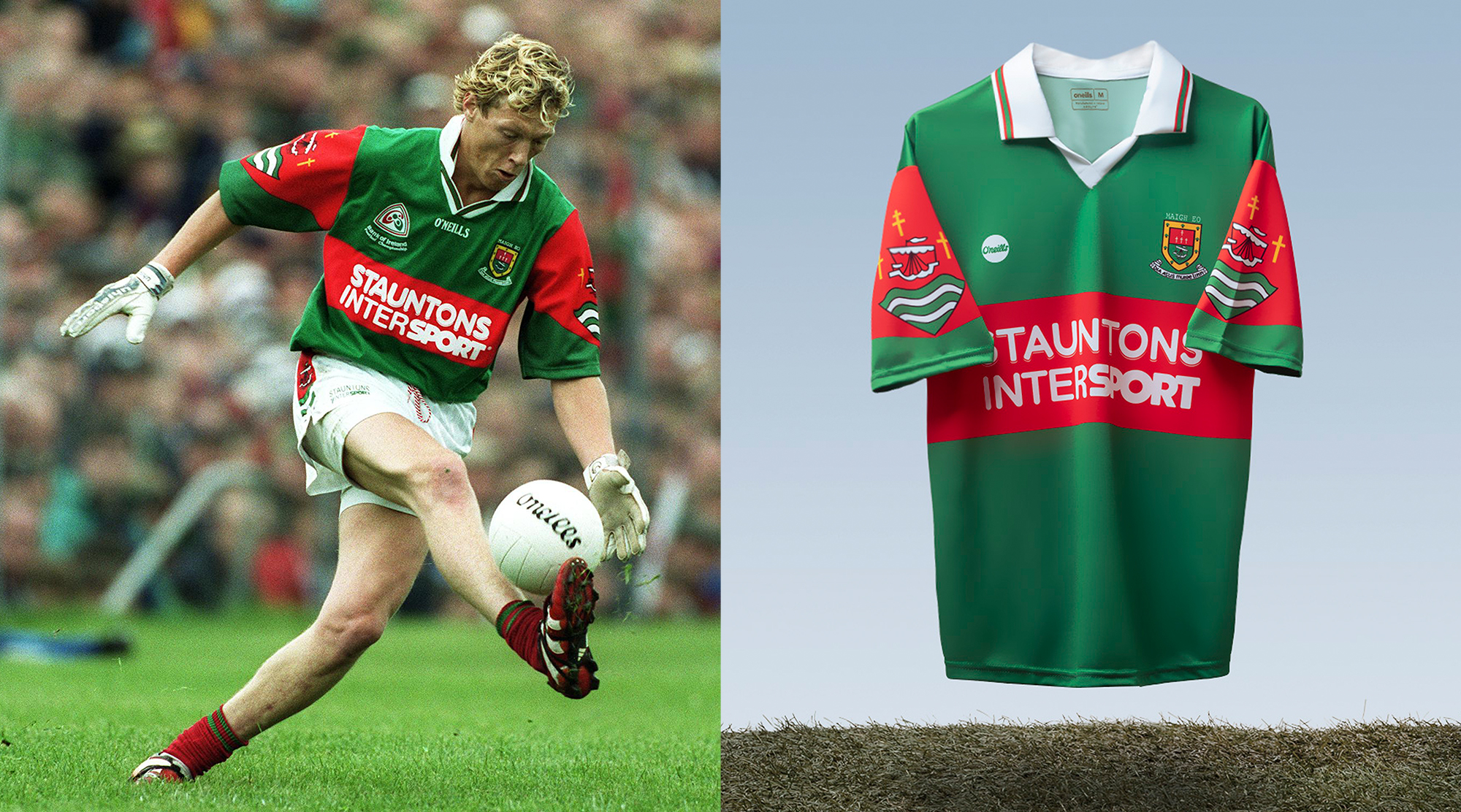 Well, that’s if you’re from Mayo, because on that rainy day in Tuam John Maughan’s side beat the reigning All-Ireland champions for the first time 32 years to write a memorable chapter in Mayo GAA history.

Galway boasted talented forwards like Padraig Joyce, Ja Fallon and Michael Donnellan, but they faltered badly against a spirited Mayo who would not be beaten.

Future Mayo manager James Horan produced a display for the ages and hit five huge points, Ciaran McDonald and Pat Fallon were sprung from the bench and changed the game, while David Nestor hit the deadly blow with a 28th minute goal.

This was Mayo versus Galway, and Connacht Championship football, at its very best.

The Rebels do the impossible (1990 Cork GAA Retro Jersey)

The year 1990 will go down in history as the greatest year ever in Cork GAA history after its footballers and hurlers won All-Ireland titles.

Despite being five points down to Galway at half time in the All-Ireland Hurling Final on September 3, the Rebels would rally in the second half, thanks in part to some inspiring half-time words by their hurling-mad coach, Fr Michael O’Brien. 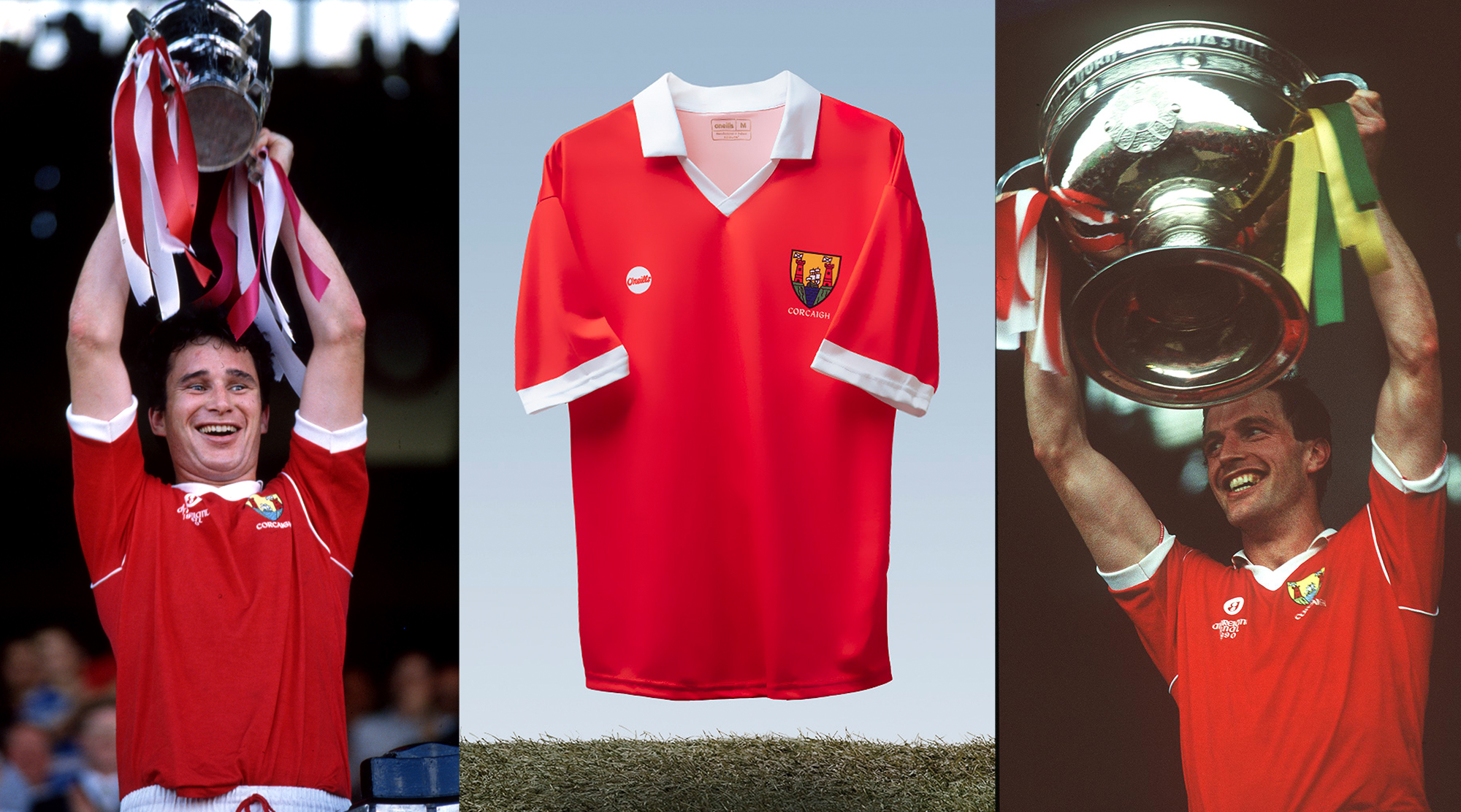 Well, led by the likes of John Fitzgibbon, Tony O’Sullivan, Tomás Mulcahy and Kevin Hennessy, Cork ran out 5-15 to 2-21 winners and put the county on a cusp of immortality.

Two weeks later it was the footballers turn, who themselves were looking to make it back-to-back Sam Maguires.

Despite being a man down after Colm O’Neill was sent off just before half time in the All-Ireland Football Final, Cork would go on to beat Meath by 0-11 to 0-9 in what was their third meeting in the final in four years.

Larry Tompkins would lift the Sam Maguire for the Páirc uí Chaoimh side that day, where Niall Cahalane would produce a marvellous man-marking role on Meath dangerman Colm O’Rourke.

Few can forget their drubbing of rivals Kerry in the Munster Final that year too.

The victory completed what most deemed ‘The Impossible’ – a county winning both football and hurling titles in the one year.

It is an achievement that is likely never to be repeated again.

Known as one of the worst, but one of the most remarkable All-Ireland Finals ever, where a 12-man Dublin defeated Galway in Croke Park.

It was the 21st All-Ireland title for Dublin GAA and probably one of their hardest earned. Especially considering they played with only 12 men against 14 and a gale-force wind in the second half.

That gave the team of heroes the apt name of Dublin’s Dirty Dozen. 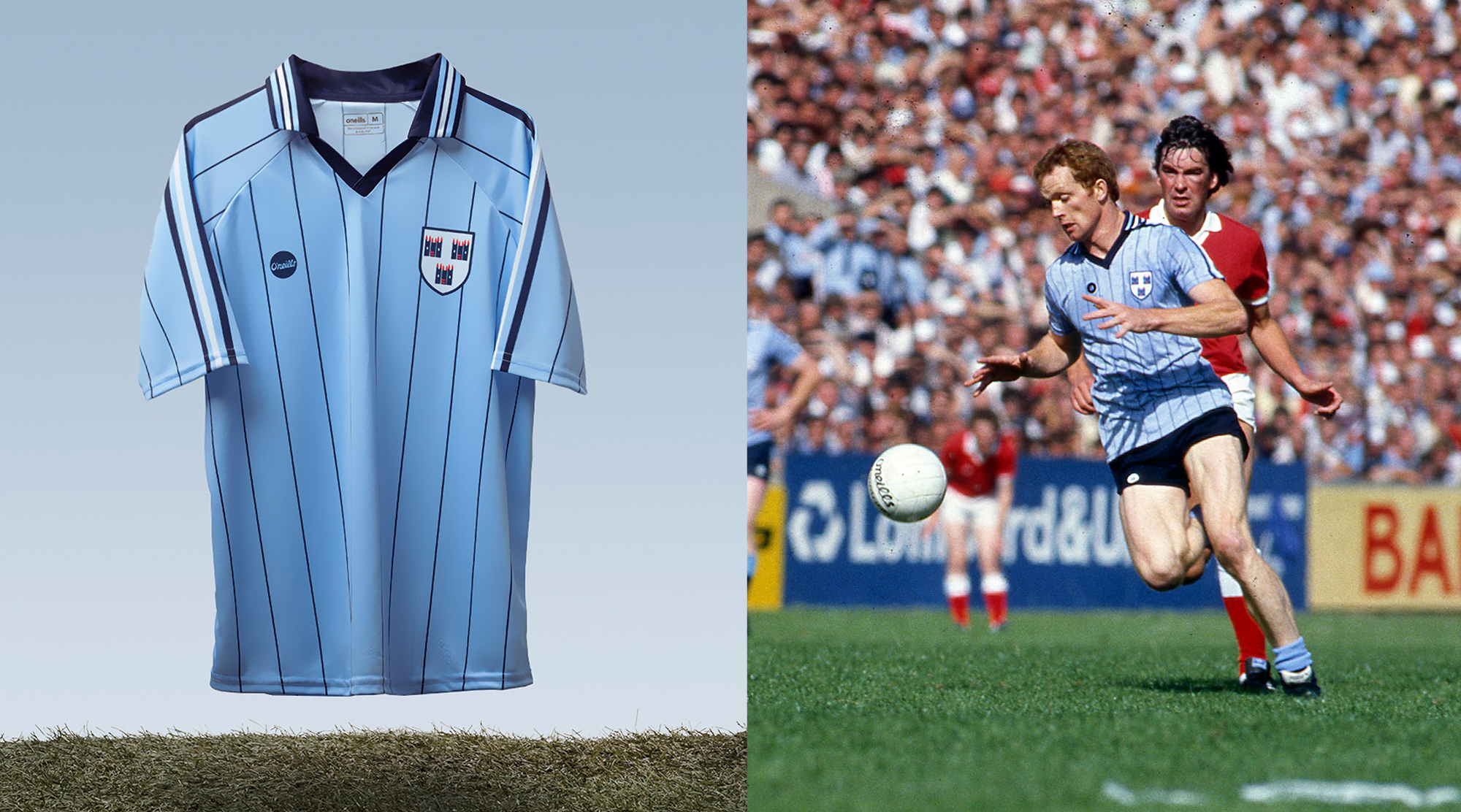 With tensions running high in the first half, what unfolded on the pitch were dubbed as disgraceful scenes with the spectacle marred by off-the-ball incidents.

Kevin Heffernan’s Dubs led by 1-5 to 0-2 at half time, but faced the Tribesmen and the conditions at the turn of ends. However, they held strong against the onslaught.

Barney Rock was in inspired form that day and hit 1-6, Anton O’Toole lead the line, while Tommy Drumm would scoop the Player of the Year award.

While a litany of bans were handed down by the GAA afterwards too.

For more than half a century Galway sought the breakthrough in winning the Liam McCarty before it finally arrived on September 7, 1980.

Cyril Farrell’s men were gallant in victory and some inspiring goalkeeping by Michael Conneely, who seemed invincible on the day, gave the Tribespeople the day they yearned for for so long. 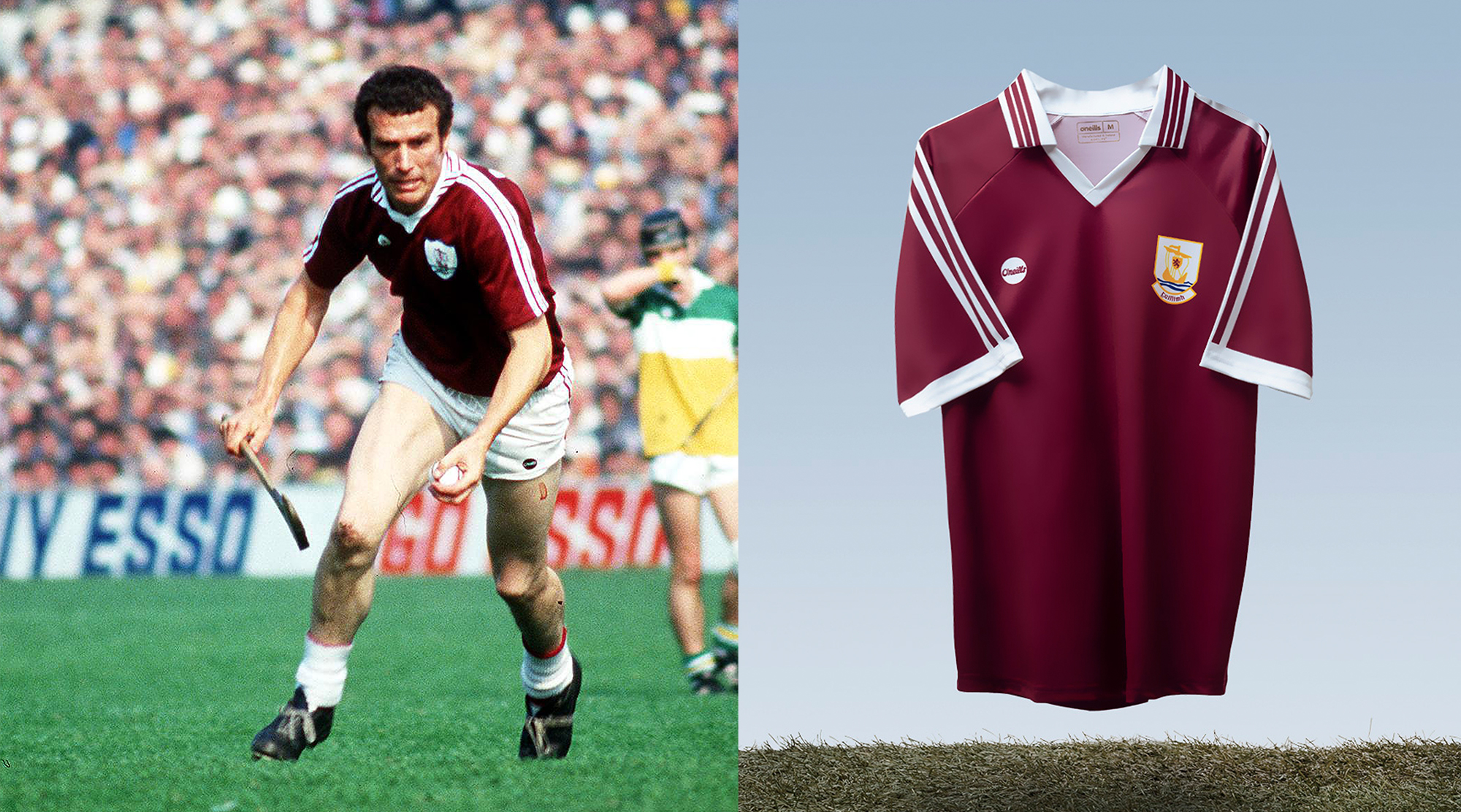 Before that, the Galway hurlers had lost nine All-Ireland Finals since 1923, with many suggesting a curse hung over them long before the Mayo footballers gained that unwanted-tagline.
Galway captain Joe Connolly gave a stirring speech on the Hogan Stand –  ás Gaeilge – after producing a momentous performance. His brother, John, was equally as influential and Bernie Forde was another stand-out performer.

The West was well and truly awake.

After years of near misses and a barren spell that stretched back to the days of the famous three in-a-row 32 years previous, the Tribesmen landed that elusive Sam Maguire against Mick O’Dwyer’s Lilywhites.

John O’Mahoney, in his first year in charge of Galway, wrote his name in the Galway GAA history books and was widely praised for the expansive style of football he had his team playing.

A team before their time. 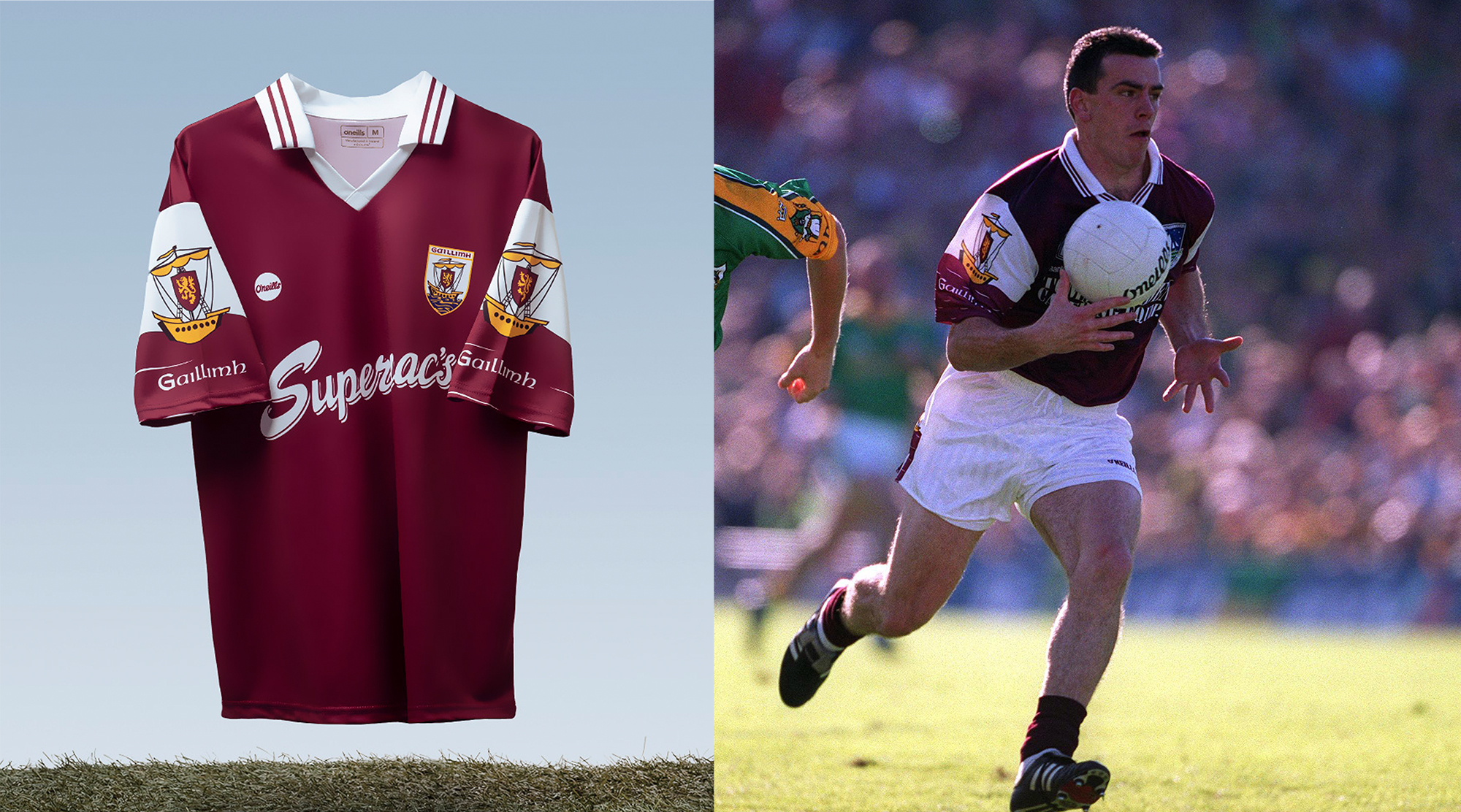 That’s easier too, when you incorporate the standard of footballer O’Mahoney had at his disposal.

Can you remember them?

The Galway supporters lucky enough to make it into Croke Park that day will remember Padraig Joyce’s stunning second half solo goal, Ray Silke and Séan Óg de Paor’s leadership from the half back line, Kevin Walsh and Ja Fallon’s inspirational second half displays and a man of the match performance from Michael Donnellan.

The football faithful in Galway waited a long time for that day to come and, amazingly, the next arrived much sooner than expected.

One man stood out among many in Croke on All-Ireland Hurling Final day of 1989 and that is Nicky English.

The Tipperary hurler was simply unstoppable that day, hitting a record of 2-12 on his way to winning his first Celtic Cross and Tipperary’s first since 1971. 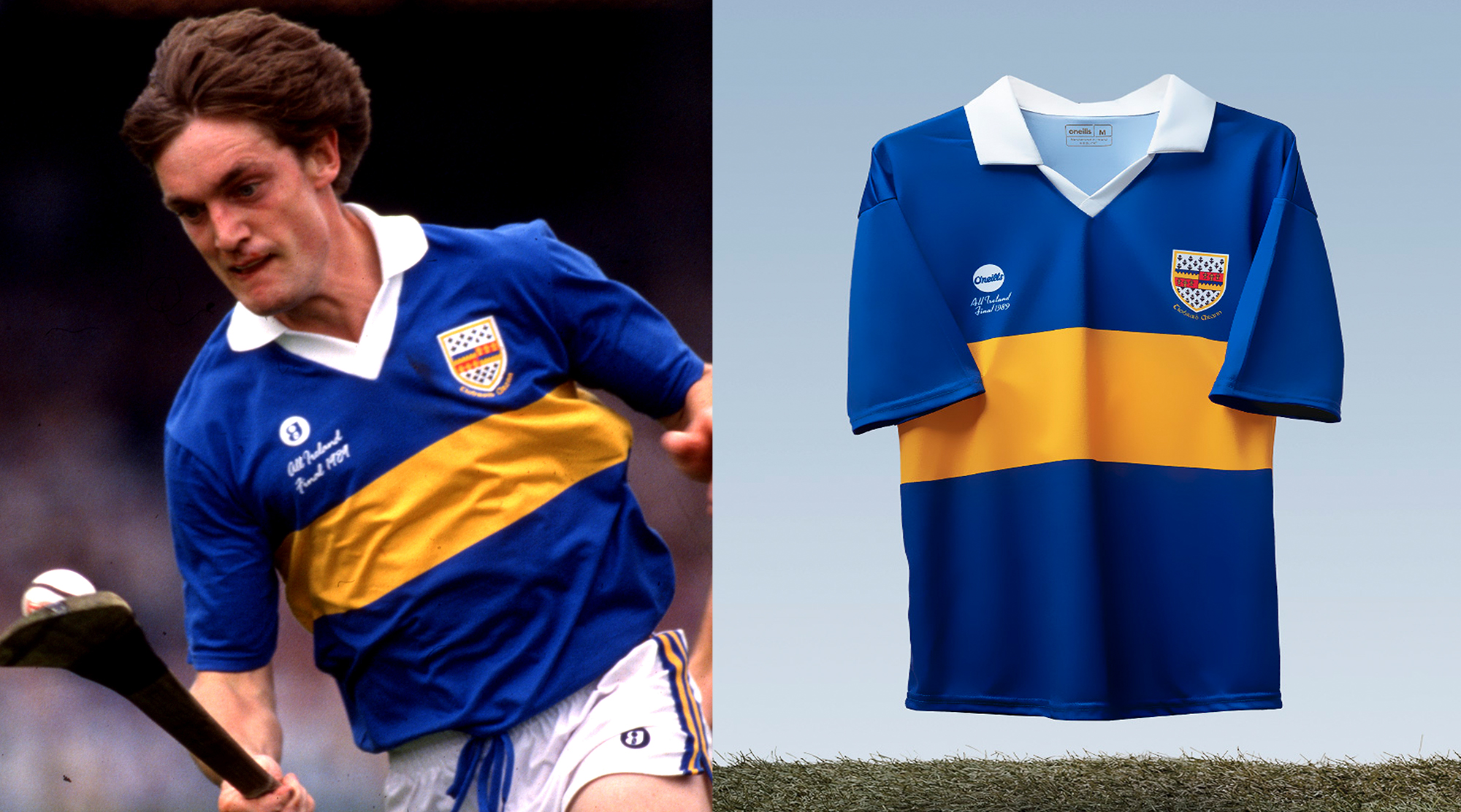 Antrim, appearing in only their second All-Ireland Hurling Final in their history, were coming in on the back of one of the biggest shocks in championship history after defeating Offaly in the All-Ireland semi-final.

English reinforced his name as one of the all-time greats that day, while midfielder Declan Carr was also heroic in defeating a spirited Saffron side, who can feel unlucky to score 3-9 in an All-Ireland Final and still lose.

Tipp’ captain Bobby Ryan then gave a rousing and emotional speech, where he thanked the management of Michael ‘Babs’ Keating, Donie Nealon and Theo English.

The famine in Tipperary was over.

“There’s been a missing person in Clare for 81 long years. Well today that person has been found alive and well and that person’s name is Liam McCarthy.”

The words of Clare captain Anthony Daly after the Banner county defeated Offaly in the All-Ireland Hurling Final are as iconic as winning speeches in the GAA come.

That was a real silverware famine. 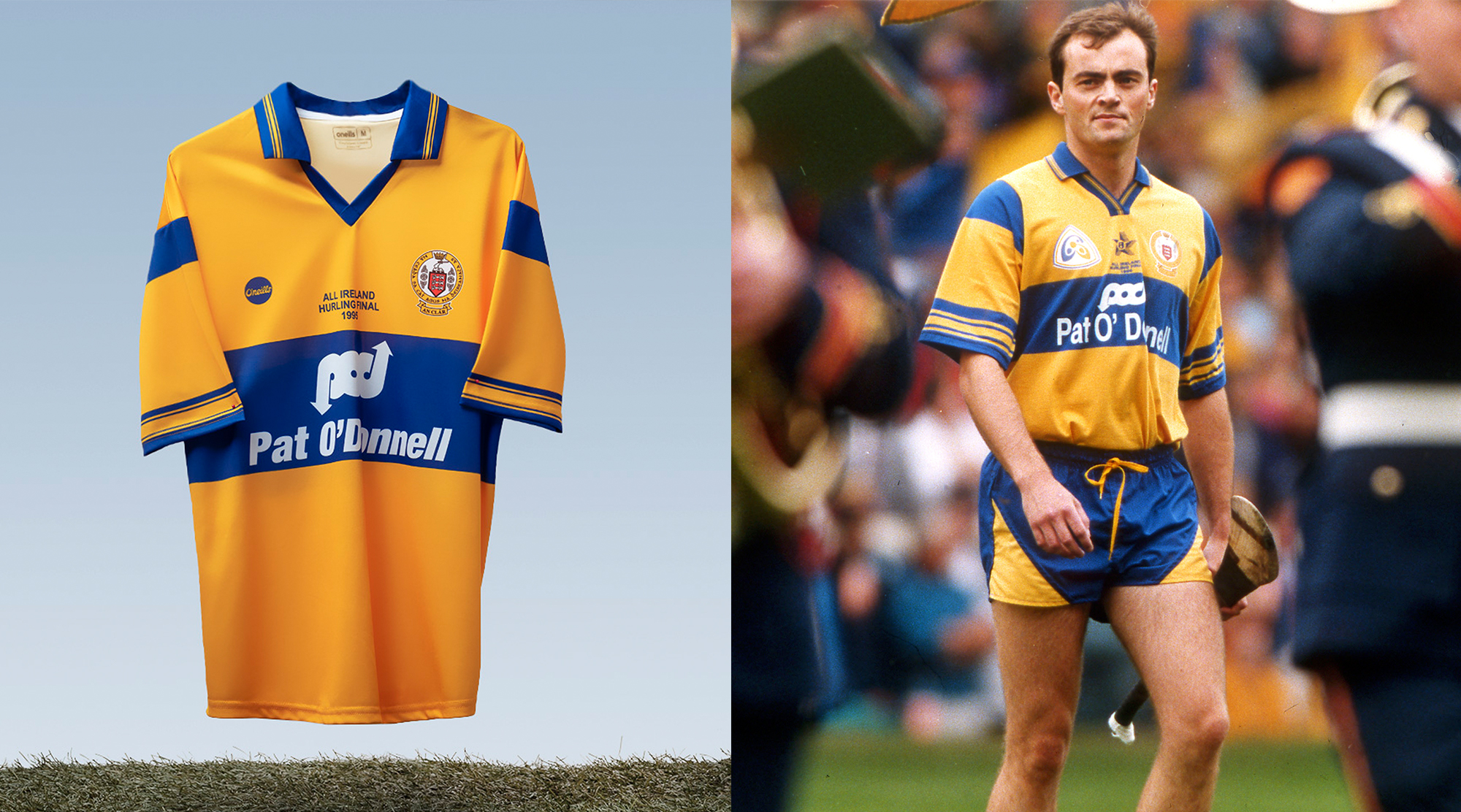 Under Ger Loughnane’s regime, the Clare hurlers brought a different edge to their game in 1995 and players like Davie Fitzgerald, Brian Lohan, Seanie McMahon and Co became household names.

They also recorded a famous Munster Final win that year, their first in 63 long years.

The Summer of 1995 will live long in the memories of Clare GAA people around the world and two years later the same crew returned to Croke Park and beat their neighbours, Tipperary.

Winning is a habit, they say.

Of course, we’re not forgetting about the great days of Donegal GAA, Kerry GAA, Kilkenny GAA and Limerick GAA too, because we’ve also got retro GAA jerseys ranges from their most memorable eras.

If you want to check them out, make sure you head over to Elverys.ie, where you can reminisce on the bygone days, or click on the following links…

We’d also love to hear your memories of all the retro GAA jerseys, so let us know in the comments below.

Intersport Elverys, the heart of GAA.